We have been lucky enough over the past few years to be asked to film weddings overseas, a real honour and privilege to be taken abroad to film such an important occasion. We are of course able to film worldwide, so if you are having a Destination Wedding then please do get in touch.

Our fees are simple. We charge our normal wedding rates, plus simple travel expenses (basic flight, car hire and accommodation), we’re not too demanding. We do like to be with you a day or two before the wedding so we can scout locations and follow in the build-up to the wedding day, plus take time to grab lots of stunning establishing shots of your locations – after all you will have travelled a long way, so it’s very important that we really feel the location in your film. As we do get booked up a long time in advance, please do get in touch as soon you know your travel plans.

Below is a selection of our recent Destination Wedding Films from Rome in Italy, Mallorca, The South of France, Spain and even London (hey it’s a long drive!)

Take a look and if you’re considering taking a UK wedding filmmaker abroad with you, please do get in touch.

Elisa & Mario discovered our films after we had filmed for a couple of relatives’ Italian weddings in Scotland (you’ll find their weddings on the Blog), so it was an absolute pleasure to be asked to film their Destination Wedding in Rome. Mario’s planning skills were meticulous and the whole trip was absolutely perfect, we can see why he’s such a successful businessman. From the serenade to Elisa by the Trevi fountain, the Ceremony at the most gorgeous Basilica we think we’ve ever seen, the Wedding reception at the absolutely stunning Villa Miani (high up in the hills beyond the Vatican City) and an evening planned to entertain the guests all evening, right up until the end at 2am (yes we were still there filming the last of the fun), the whole day was utterly spectacular. Mario & Elisa’s attention to detail was phenomenal, and they did indeed give their guests a day to remember. We worked long and hard that week, and the investment of time and energy really paid off, such a wonderful film, for such a wonderful couple.

Next up is Nyree & JJ’s stunning wedding in Mallorca / Majorca. This was our first time to Mallorca and we were stunned how beautiful the island was. We spent lots of time exploring the island getting shots and footage to use in the film, from Cap de Formentor in the North to Sant Elm in the south all to find the right shots to really show this island at its best.

JJ is from a fishing family so the nods to a nautical life were really important to them and hence their importance in the story. It was ironic that as we scoured the Portal Nous harbour for a shot of a Scottish saltire we eventually found one, and it was actually JJ’s uncle’s boat – a nice coincidence!

Their families have been coming to Mallorca on holiday for many years now, and in fact they own homes there, and this is why it really is a special place for them and such an idyllic wedding destination. Together with their close family and friends they had an unforgettable wedding day at the St Regis Mardavall and partied right on until the wee hours, although their wee boy Mayson did flake out around midnight! A spectacular wedding and Simone from Mallorca Princess worked hard to make sure everything was perfect for Nyree & JJ.

We would be more than happy to show you their feature length film, although it would only be in person (not online, as we do respect their privacy). Just let us know if you’d like to come and see us in Edinburgh. 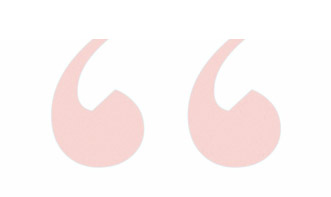 “Absolutely outstanding, simply catches everything we had hoped for and so powerful in its production.

We are just so grateful for your incredible work.” 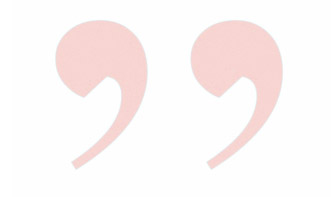 Helen & Andy have been all over the world with their jobs and currently based between Hong Kong and China, but they searched long and hard for the perfect venue both in the UK and abroad. Their perfect destination wedding venue was in the end, close to Andy’s family holiday-home on the Spanish mainland near Moirara. The simply stunning Casa Benigalip nestled in the hills in wonderful Spanish countryside, close to the Balearic Sea. From the off, it was clear these guys want to have fun, and that they surely did….till the wee small hours complete with awesome DJ and The Sax Guy (and managed to stay out of the swimming pool…no mean feat!). A lovely highlights film featuring some wonderful vows from the emotional ceremony conducted by Andy’s brother. A fab mix of fun, laughter and love. x . Enjoy.

Jenna & Graeme married at their family home near Biarritz in France, and what a stunning location it was! For Jenna & Graeme, this was a wedding about friends and family and celebrating the bond that they had created, and then cemented with the birth of their son Wilbur. With truly wonderful personalised wedding vows, absolutely perfect weather, a stunning location and a wedding party that wanted to have fun from the first to the last minute of the day! (and they certainly did!) this was one heck of a day!

Here is just the first few minutes of Steph & Kyle’s Destination Wedding Film in France. They opted for our short film, and so for privacy reasons (they have a US military background) we have featured here the first few minutes of the film, to give you the flavour of their amazing day. Again, if you would like to see more then we’d be happy to show you, but only in person.

Steph & Kyle wanted their own Destination Wedding from the US, and they chose the South of France after looking through a huge range of options right across Europe, including Scotland (which is how they found us!) and settled on a beautiful Abbey & Chateau nestled in the sleepy village of Camon just north of the Pyrenees, Chateau de Camon. This was the idyllic and quintessential French countryside wedding that they were looking for. We were with the family for the rehearsals the night before, the whole days relaxed preparations (with was mainly the guys chilling by the pool having a beer and eating cheese), a wee wander around the village for photos followed by an intimate ceremony on the lawn and then dinner outside in the Chateau grounds.

The ability to have a whole day and evening outdoors is just one of the major draws about a wedding abroad, and as we left they were partying the night away to a seriously fun DIY disco. A truly chilled Wedding day, and perhaps a lesson to all of us. Just relax and enjoy the day. 🙂

We first met Jack at the wedding of his big Sis (Holly, who married Andrew - their film is on the blog if you want to see it) and back then he was just entering the film industry. When we next spoke to Jack about his own wedding, we rather nervously discovered he was Guy Ritchie's 2nd in command. Eek. So with rather great trepidation, and high expectations to achieve we headed south to the stunning Mannington Hall near Norwich.

We were treated to one of the most fun days we've had in years. Everything was about squeezing every last ounce of fun from a magical day. Now, we can't compete with the blockbusters that Jack works on every day (the stunning Disney Aladdin is his latest film) but we can sit back from the action and observe. Watching for the little glances and looks, the laughter, the tears and create a wedding film through our own eyes.

Jack and Sian loved it - and apparently even Guy approves ;) We'd love to share the 'RedBand Trailer' too, but that is very much for private viewing :)

Thanks for trusting is Jack & Sian! All the best for the futire guys x

We first met Isabel & Andy at Isabel’s brother’s wedding in St Andrews, and it’s always a huge privilege to create a wedding film for another family members big day. So with great excitement we headed off to The City of London and the iconic Gherkin building (Searcy’s At The Gherkin). With family ties to The City, it was the perfect location for their wedding. A truly stunning building with a huge cool factor to boot. Isabel & Andy were superb hosts and we had an absolute brilliant time, with the guys at The Gherkin also being super helpful to us, would love to go back!

A fab fab fab day and we can’t wait to share more of their film soon, but for now enjoy this Trailer to whet your appetite.

The trailer is built around Isabel’s brother’s self-penned reading. Luis composed the whole thing around the way the N & S magnetic poles attract (Isabel is from London, and Andy from the North East) and it’s not only very very clever, but so very special! Enjoy.

Steve first met Alan & Izy on a filmmaking course in Toronto some years ago and they just hit it off. With Alan’s love of The UK (and The Beatles – hence the visit to Abbey Road and the opening to the film) and an understanding of British humour (nice to see in a Canadian) which we presume was partly down to his wonderful English partner, Izy…. Steve had always hoped that Alan would be in touch when he and Izabela decided to tie the knot.

So it was with great pride that we traveled down south to film Alan & Izy’s Wedding in the garden of her family home in South London. An intimate wedding in the most special of locations, and yes that was one amazing garden! Beatles inspired wedding vows, a whistle stop tour of London for some photos, a lakeside serenade from Alan, and an evening of great family food and dancing.

It was such an honour (and also with not inconsiderable pressure) that we were asked to film another filmmakers wedding, we really hope we did them proud. A special day and one we’re delighted to have been part of.

To be honest there’s one thing common to every single wedding we approach, whether it’s here in Scotland, the UK or a destination wedding abroad. It’s finding out what style of filming, what kind of shots, what approach suits the couple, and then working our hearts out to get the very best we possibly can out of the day, careful planning and putting everything into the day – it’s a one off, there’s no repeats! It’s really important! Then to take all the footage back to the studio and craft a unique wedding film, something special that really will last a lifetime. It really is an honour indeed.

One last kind word from one of our couples...

“Oh Yvonne, it is more than we ever dreamt of! We also cannot thank you and Steve enough for pulling out all the stops in order to complete in time for us last week, it was amazing to be able to share the film with our families whilst in the UK and actually get to watch it with them in person over a glass of wine and share a few (a lot) of happy tears! It’s the perfect blend of romanticism, humour and energy which is exactly what we hoped our day to be!”

We've filmed weddings all over the UK and in fact worldwide, so here are a few wedding venues we've had the pleasure to work our wedding film magic at...